Just over a month to go world cup in Qatar, which kicks off on Nov. 20, Brazilian tourists are beginning to intensify their demand for the currency of the country that will host the event: the Qatari rial.

The expectation from exchange brokers is that the demand for the Qatari currency will now increase in late October and early November as the world approaches the beginning. The surge in demand caused the currency to appreciate 3.43% in the past 30 days – trading at R$1.4565 on Thursday (13) according to the Central Bank. 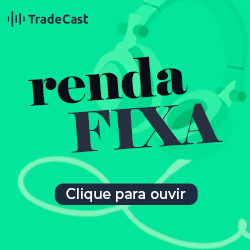 This quote takes into account the commercial exchange rate, which has a value slightly below the tourist exchange rate. 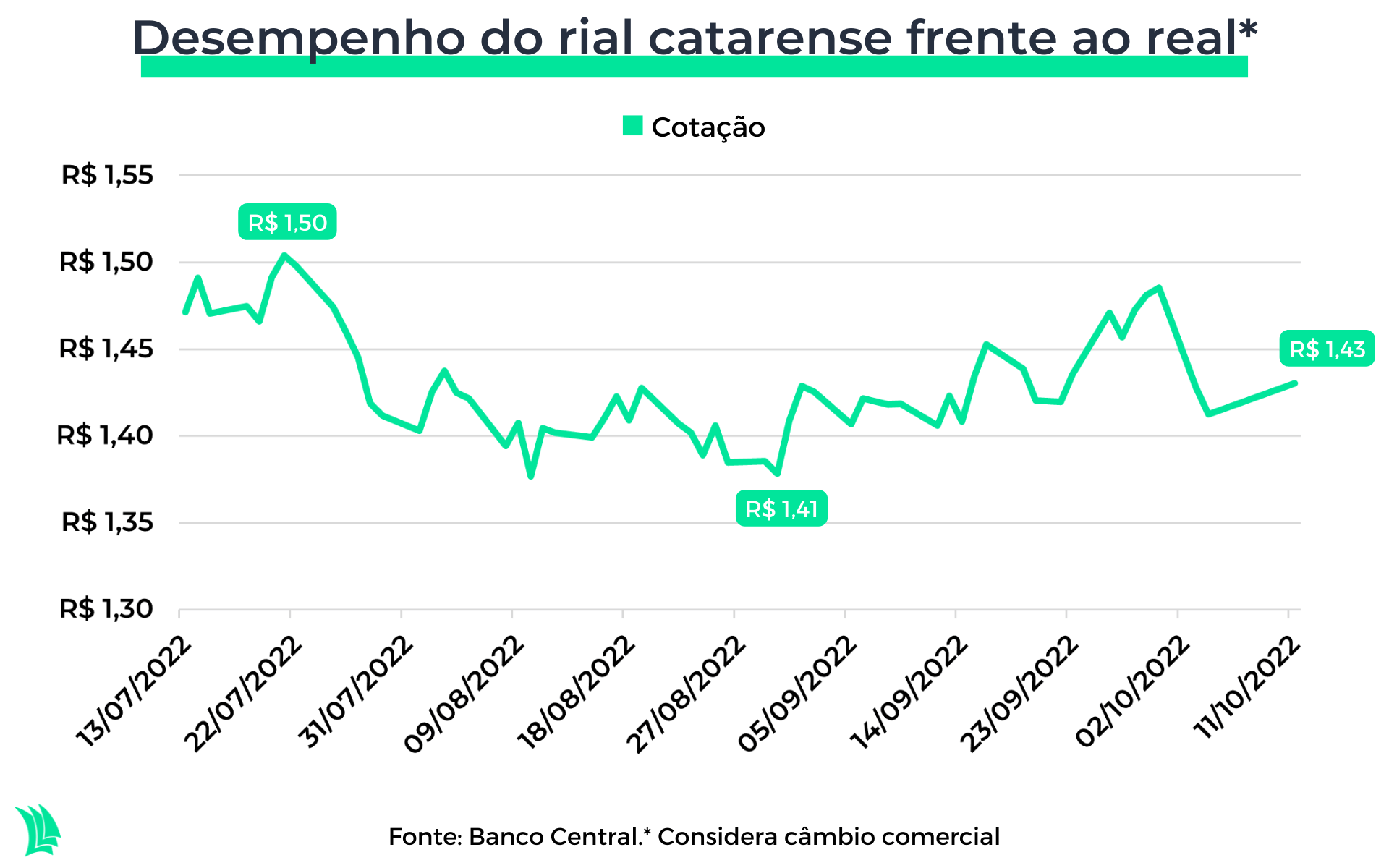 About 1.2 million tourists are expected at the World Cup in Qatar. According to Edson Passarelli, director of Banco Safra, the airlines reported that about 20,000 tickets have already been sold from Brazil to Qatar for trips to be made during the World Cup.

Although it is possible to exchange dollars for Qatari rial in the host country of the World Cup, experts recommend Brazilian tourists to bring at least a little Brazilian rial to pay for the initial costs, such as a taxi and the costs for the first day of travel, as most places do not accept foreign currency.

“It’s important for tourists to have a little bit of local currency when they arrive at their destination and then assess whether to bring dollars or all the necessary money in rials,” said Eduardo Campos, exchange director at Banco Daycoval.

According to Campos, it is cheaper for Brazilian tourists to bring dollars and exchange them for rials at exchange offices and banks in Qatar.

“We pay a high price to bring the currency from Qatar to Brazil, which comes from the United States. So the exchange rate can be a bit cheaper there, but it is useful for Brazilian tourists to arrive in Qatar with a little local currency because they don’t accept other currencies as a means of payment there,” says Campos.

Fabrizio Velloni, head of the exchange desk at Frente Corretora, also believes that it is best to take Qatari currency for the start-up costs. For those who only want to take the rial, the director points out that tourists should avoid returning to Brazil with this currency.

“Unlike the dollar or the euro, tourists will have problems if they return rials to Brazil. It is not a requested currency and the discount to sell it will be very large,” he says.

The Frente has already started selling Qatari rials, but the volume has not yet exceeded the equivalent of US$40,000.

Alexandre Fialho, director of brokerage Cotação, recalls that tourists who buy dollars in Brazil to exchange for rials in Qatar will be subject to two “spreads” as brokers place a profit margin on every exchange operation they perform.

“It’s an arbitrage fee because it’s an additional exchange operation, so it’s important to take a lot of the money in local currency,” he says.

The same reasoning has Passarelli, from Safra, for whom it is better to bring the necessary amount of Brazilian currency with you so as not to be surprised with the exchange rate in Qatar.

Everything for the last minute

The management of Safra expects the demand for the Qatari currency to increase in November. The bank has been trading the rial in Brazil since May, following an agreement with Bank of America to acquire the currency.

“In general, the increase in demand increases in the last two months before the trip,” says Passarelli.

Cotação, on the other hand, made purchases of the rial for the first time in its history, but Fialho did not disclose the amount already purchased. According to him, sales are expected to intensify from the end of the month.

“This is a characteristic of the Brazilian. He arranges the ticket and hotel first and then buys the currency,” he says.

The option to buy Qatari currency is only available in cash. In Quotation it is not possible to buy a travel card with the rial. The alternative is a travel card in dollars or euros. The tourist can use this card abroad, but is subject to the conversion rate on the day of purchase or withdrawal.

Real estate agency Travelex Confidence advises Brazilian tourists to bring the Brazilian rial as some branches in Qatar may not accept the dollar.

how much does the rial cost?

When purchasing cash, in addition to the 1.10% IOF (Financial Transaction Tax), a spread is charged on the commercial exchange rate. This rate is lower than that for currency purchases with a prepaid card or credit card transactions, at 6.38%.

Knowing more:
Dollar for R$5, is it time to buy? Check out the most advantageous options to acquire the US currency

At Banco Safra, the Qatari rial was sold on October 13 for R$1.77 and at Travelex Confidence the currency traded at R$1.72.

At Daycoval, the price of the Qatari currency was R$1.76. At the Cotação brokerage, which is owned by Banco Rendimento, the rial traded at R$1.73. All quotes already take the IOF into account.

According to Campos, from Daycoval, Brazilian tourists can take a little rial in cash and the equivalent of most spending in dollars on their prepaid card to exchange for local currency in Qatar.

“Although the IOF rate is higher on the prepaid card, the advantage is that it can bring the exchange rate up front and not face any surprises with the credit card,” says Campos.

Passarelli, from Safra, says that while the Qatari currency doesn’t fluctuate much, tourists can buy the currency little by little until the date of the trip to make an average exchange rate.

Brokerage Travelex Confidence warns that as it is a poorly traded currency, the rial’s purchase reserves are met on demand and advises customers to plan the purchase in advance as the currency may not be available for immediate delivery.

Travelex Confidence’s suggestion is that customers diversify and take 70% of the funds they will use in cash and 30% in a prepaid card.

How much to bring to the World Cup in Qatar

The cost of the World Cup in Qatar will not be cheap for Brazilian tourists. The cost of the investment, taking into account a travel package with a stay of seven days, airline tickets and tickets to the Brazilian matches already included, ranges from R$38,000 to R$166,000 depending on the matches and seats in the stadiums, according to an estimate taking into account FIFA (International Football Association) packages.

Passarelli, from Safra, advises Brazilian tourists to bring the equivalent of US$150 per person per day to spend in Qatar on food, transportation and other expenses.

This is the same value recommended by Velloni, of Frente Corretora. For him, the cost pattern in Qatar is similar to that in New York (USA) and therefore tourists should consider a larger outlay for daily expenses.

The cost in Qatar of some items is more expensive than in Brazil. For example, a can of beer can cost as much as $10, says Campos, who advises Brazilian tourists to bring the equivalent of $200 a day per person.

Also read:
The title that Ambev (ABEV3) should win in the World Cup, according to XP; stock up 1.7%

The sale and consumption of alcohol is prohibited in public places in Qatar and is only allowed at specific points during the World Cup, such as areas of the Fifa Fan Fest, with limited opening hours.

⇨ Do you want to invest and don’t know where to start? Then check out the new TradeCast season with the best fixed income options!