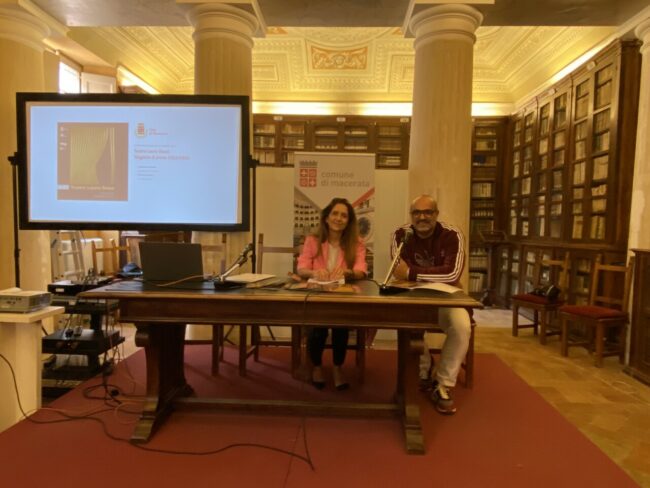 Commissioner Katusha Cassetta and Director Amata Gilberto Santini at the press conference for the launch of the new TLR season.

Fourteen evenings of entertainment for the new season of the Teatro Lauro Rossi in Macerata, born from the renewal of cooperation between the municipality and Amat and implemented with the participation of the region and MiC.. In addition to performances, the season offers the opportunity to learn and share theater experience with “Theater people”, A series of meetings between artists and the heroes of performances and »School of stalls”, a proven and valuable project involving high school students. 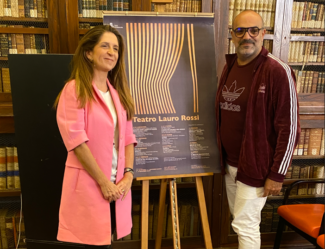 “The love for stories, words, gestures, silence, sounds, dances and deep reflections, which only thanks to outstanding authors, skillful directors and talented actors, is able to revive in us every time the desire to travel together to discover and understand our and other people’s feelings – intervenes cultural advisor Katyusha Cassette -. This is what the theater offers us every time we walk through its doors, this is what we would like to share with all the audience, who we hope will return to fill all the spaces of our wonderful theater Lauro Rossi from November to April . Fourteen evenings to spend together, three Sundays with children and families, meetings with “people of the theater” and schools thanks to the “Scuola di platea” project. A rich and eventful program carefully crafted to welcome everyone and experience the new season together.“.

Amazing short circuit for the first show 15 and 16 November.“When can I love“, wherein Stefano Massini he does not offer to tell about Gaber, but tells Gaber. It tells stories, characters, real events, encounters and memories that the writer would never have intercepted if they were not attracted by the song magnet Mr.G. Arezzo multi-ethnic orchestra and songs by Giorgio Gaber and Sandro Luporini arranged by Enrico Fink.

ile December 10 and 11 stage Lauro Rossi welcomes”Oedipus the king“. The black fable of the Teatro del Elfo, a visionary and musical journey in the company of Oedipus, “he who dreams of deep dreams.” After performances dedicated to Lewis Carroll and Edgar Allan Poe, Ferdinando Bruni and Francesco Frongia they continue to search for warning signs, this time with the help of Antonio Marras, who signs the costume sculptures, and by being on stage with Ferdinando Bruni himself, Edoardo Barbone, Mauro Lamantia and Valentino Mannias.

“loversor January 27 and 28 a new two-act comedy written and directed by Ivan Cotroneo, with Massimiliano Gallo, Fabrizia Sacchi and Orsetta De Rossi, about love, sex, betrayal and marriage, long-term relationships and long-term adventures. A brilliant and funny comedy with situations and dialogue that evoke laughter, as well as an exploration of the feelings of a couple who, on the run, finds refuge, solace, fun, but also problems, anxiety and possibly danger. 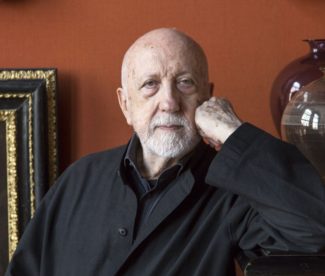 “For yes or no“teachers Pier Luigi Pizzi with interpretation Umberto Orsini and Franco Brancharolistops in Macerata for February 14 and 15. The comedy of Nathalie Sarrot, one of the most significant French writers of the second half of the twentieth century, places the power of the word at the center of the stage in a web of incomparable skill. Sarrote’s prose is a testing ground for two verbal manipulators such as Franco Branciaroli and Umberto Orsini, who, after so many years, find themselves on the stage to give life with their mastery to the terrible game of carnage that the comedy predicts.

actors Lino Guanchale and Francesco Montanariproducer Davide Saccoper “The most cruel person in the world“Lauro RossiMarch 11 and 12. A bare room in an abandoned barn. The noise of the factory outside and complete silence inside. Paul Veres sits at his desk, he is the most cruel man in the world, at least that’s what people think of him. In a series of close dialogues, the personalities of the characters and their past emerge, until the finale, which will turn all points of view.

ile March 22 and 23 it’s the turn”Stories, poetic dance suite for six dancers“Subscribe to Aterbaletto two “adult” choreographers: Diego Tortellipermanent choreographer of a company operating between Italy and Germany, e Philip Kratz, German by origin, for many years the leading dancer of the troupe, for some time he was engaged in choreography, and now he is also in demand by the Teatro alla Scala. Two different author’s visions connected in this program by the common denominator of the choreographic composition on the theme of distancing between missed hugs and the desire to restore empathy. 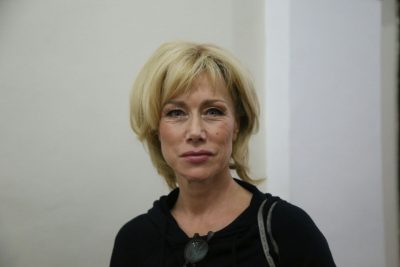 End of season on April 4 and 5 and with Nancy Brilly and Chiara Nochese Main characters “manolaMargaret Mazzantini, director Leo Muscato, shows on the stage of the largest Italian theaters. Two twin sisters in contrast to each other, like two opposite planets in the same emotional hemisphere, a shameless and touching marathon that reveals female intimacy in all its dimensions, an unbridled text that provides two formidable performers for a “circus rehearsal without a grid” that calls a man to each individual theater cell.

Finally Sunday!review of the theater for the whole family, returns to the Lauro Rossi theater with three appointments.

ile 12th of February Sosta Palmisi and a new barefoot gift”constellations. Done, done… space!”, a show dedicated to the discovery of the Universe, a fantastic and playful journey that starts from the Earth and goes to the stars.

ile March 19 it’s the turn”copper beakFrom the theater of Buratto, a story about a Toulouse goose, which one night, protecting the threshing floor and chicken coop, in a fierce fight with a fox, loses the upper part of its beak, risking not being able to survive.

Last meeting on April 16 against “ugly duck”About Tpo, which experiments with the combination of classical languages ​​in a suggestive contemporary scenographic system.
Subscription renewal from 26 to 29 October and 2 and 3 November. New subscriptions from 5 November at the theater box office 0733230735. Information: Amat 0712072439, www.amatmarche.net, www.comune.macerata.it.

Go back to main page