How to watch BTS concert in Busan Yet to Come online for free and live? Follow the steps below and find more fan events!

BTS’s “Yet To Come” concert in Busan will be held on October 15 at Asiad Main Stadium and will be broadcast live on multiple streaming platforms.

Big Hit Music confirmed last month that “Viewers will be able to watch the concert for free on all streaming platforms that will broadcast the event.”

The concert will be BTS’s first in South Korea since March, when the group kicked off their tour.Permission to dance on stagewith three concerts in Seoul.

ZEPETO – Only on mobile

Zepeto 3D avatar site has an option to watch BTS concert. To watch the live stream you need:

1. Sign up for Zepeto by downloading the Android or iOS app
2. Create an avatar (or select a preset avatar) before heading to the “World” section to find the room titled BTS

The virtual room plays BTS videos on a loop, and fans can interact with each other and use special BTS emoticons while navigating the virtual space.

To watch the live stream on Weverse you need: 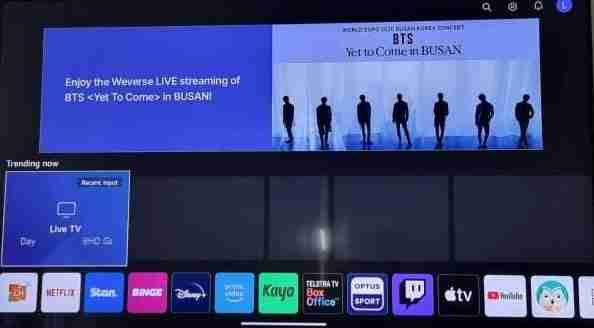 For users who watched the live broadcast of BTS

To receive the special gift, you need to register in the Weverse store before Wednesday, October 19, 2022 at 3:00 pm (KST) using the same email you registered with Weverse.

You can check the digital gift of your emblem in the Weverse App Shop > My > My NX > Rewards.

Take a photo from YOUR POINT OF VIEW while watching the concert on Weverse LIVE and share it on Twitter, using the hashtag #BTS_YetToCome_Weverse_LIVE. Winners will be randomly selected from everyone who shared their Twitter URL on Weverse to receive Weverse Shop Cash! 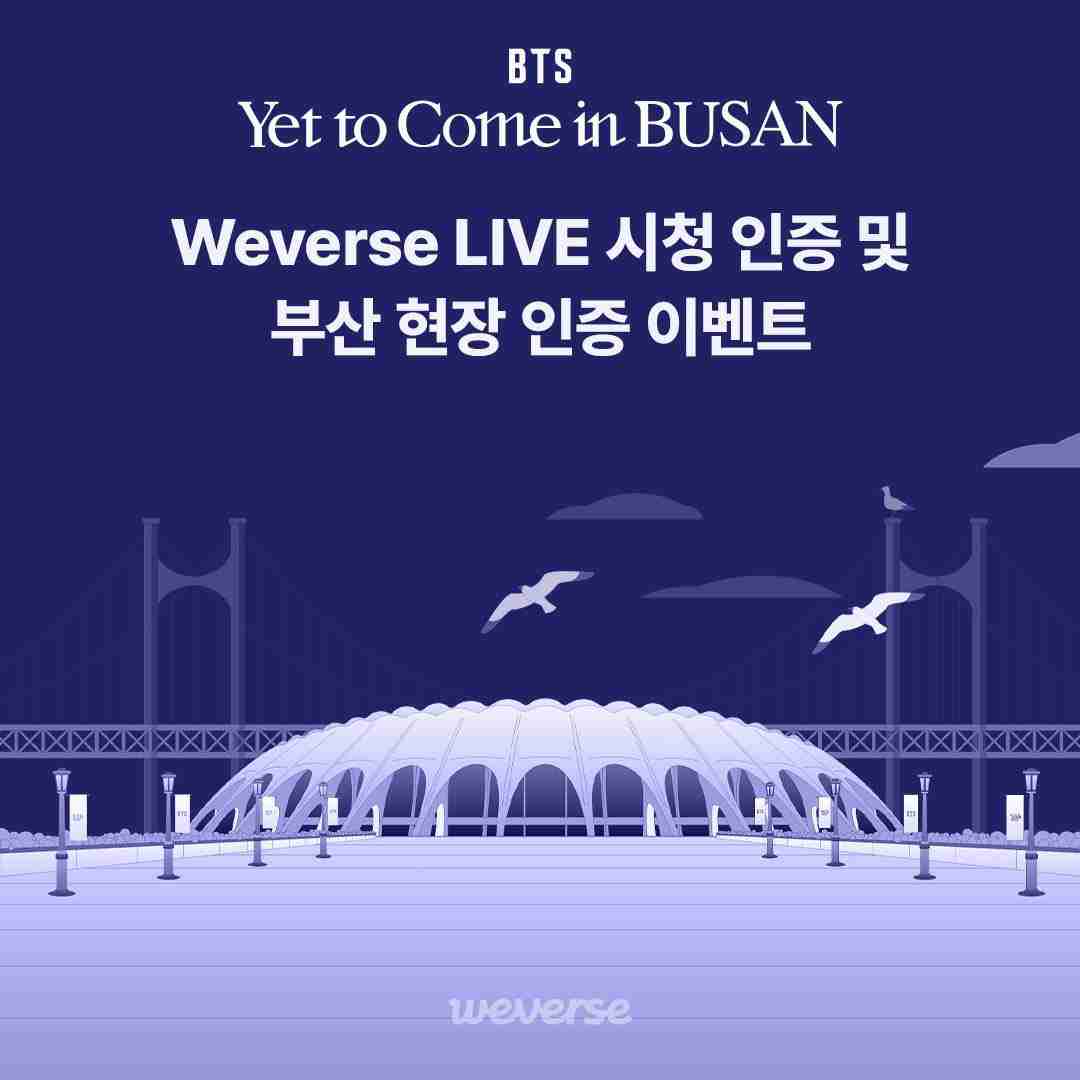 Send messages of support for BTS

Your message, along with your nickname, may appear during the warm-up LIVE broadcast on October 15!

See all the messages from BTS to ARMY that have been shared on Weverse, through the Random Message event! 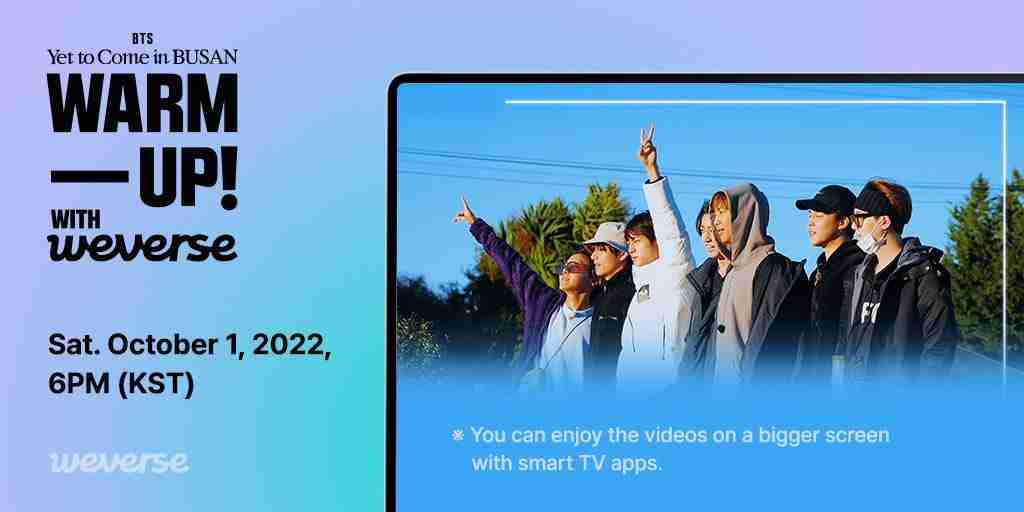 On Naver NOW – on Mobile 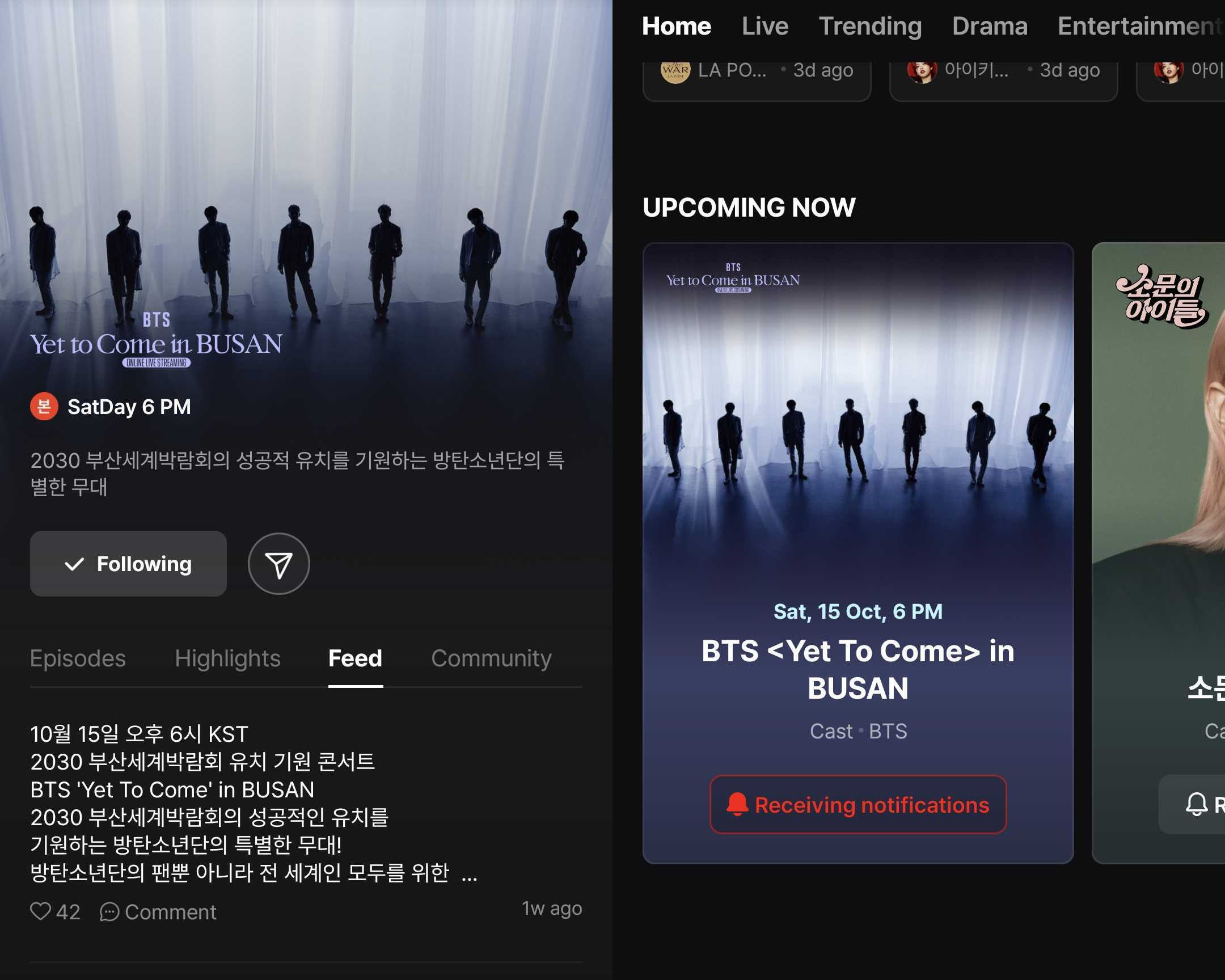 Naver Now is an online video streaming and sharing app from South Korea.

Follow the page to receive notifications of the live broadcast HERE. 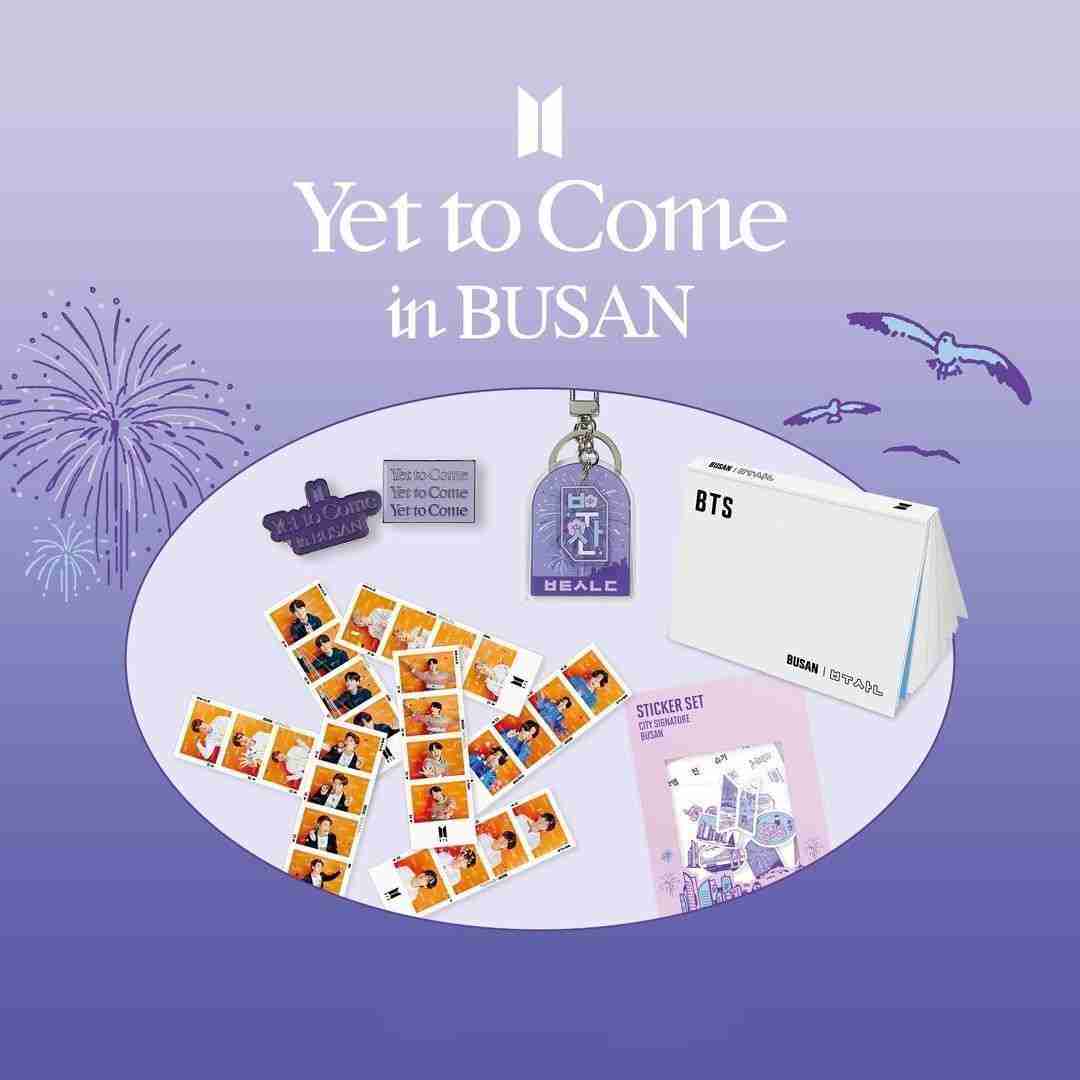 On the other hand, “BTS ‘Yet to Come’ The City in Busan,” or simply “The City,” will transform Busan into an immersive festival site for fans visiting the city for the next BTS concert. 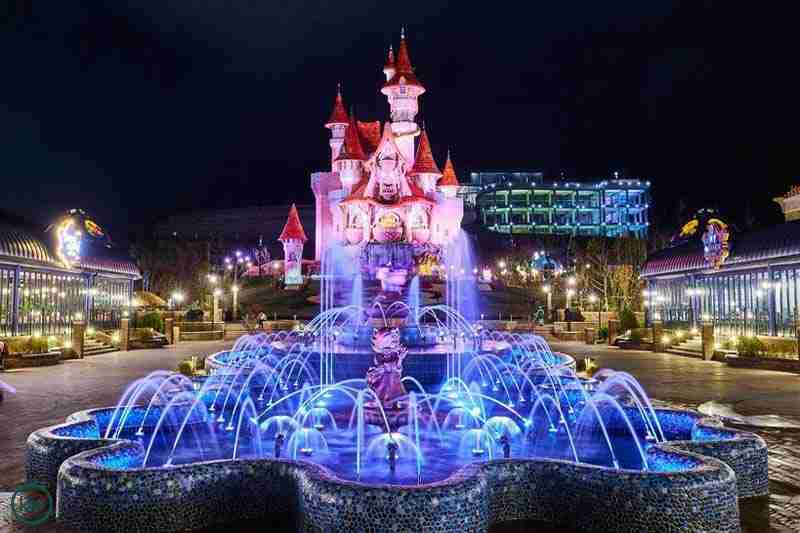 Lotte World Adventure Busan will be transformed into a BTS-themed amusement park, where BTS songs will be played and the park’s signature Lorry Castle will be lit up purple between October 14 and 31. A multimedia show with special effects including lasers and fireworks will be performed nightly at the amusement park, while purple-themed food and drink specials will also be sold. 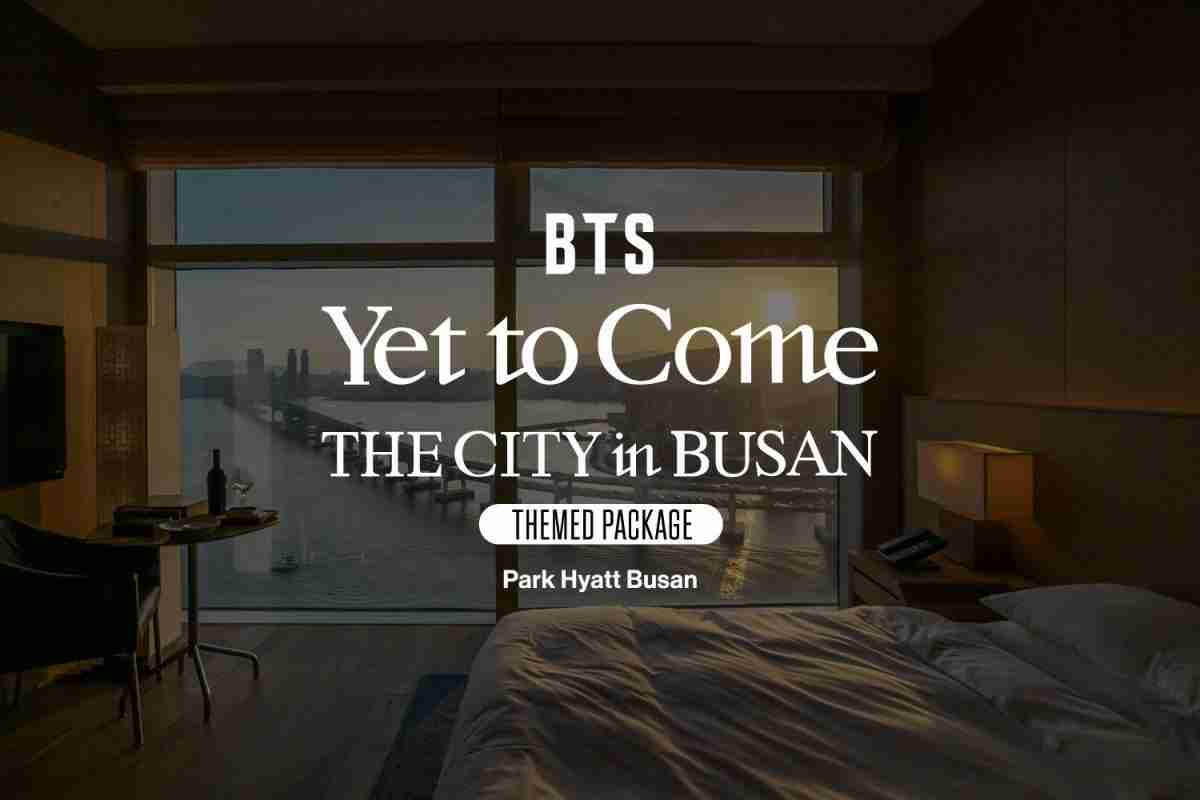 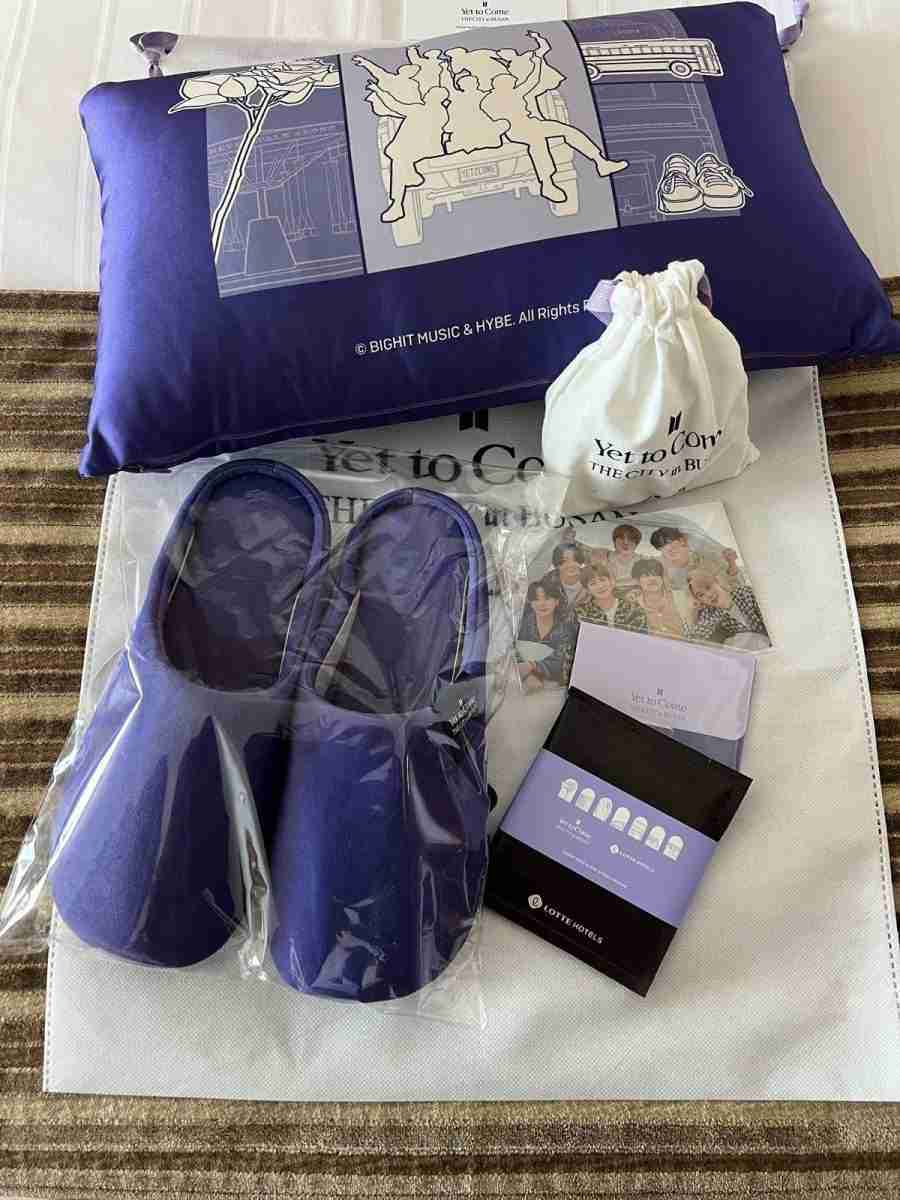 After-party events will be held on Saturday and Sunday nights to continue the convivial atmosphere of the concert. Warm-up schedule with the concert and how to watch it below! Best of Run BTS!, Adventures with BTS, and BTS Legendary Performances will be a compilation of some of the group’s best moments.

Bring The Soul: The Movie and Break The Silence: The Movie are documentaries that follow the life of the septet behind the scenes of their world tours. 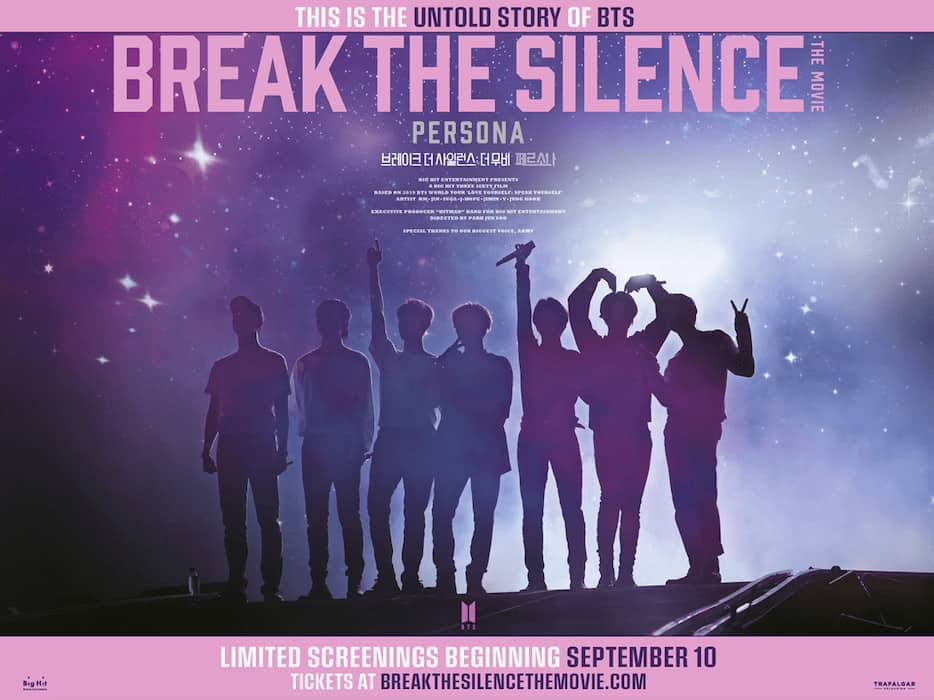 The warm-up show and “Yet To Come” concert will be broadcast on Weverse.